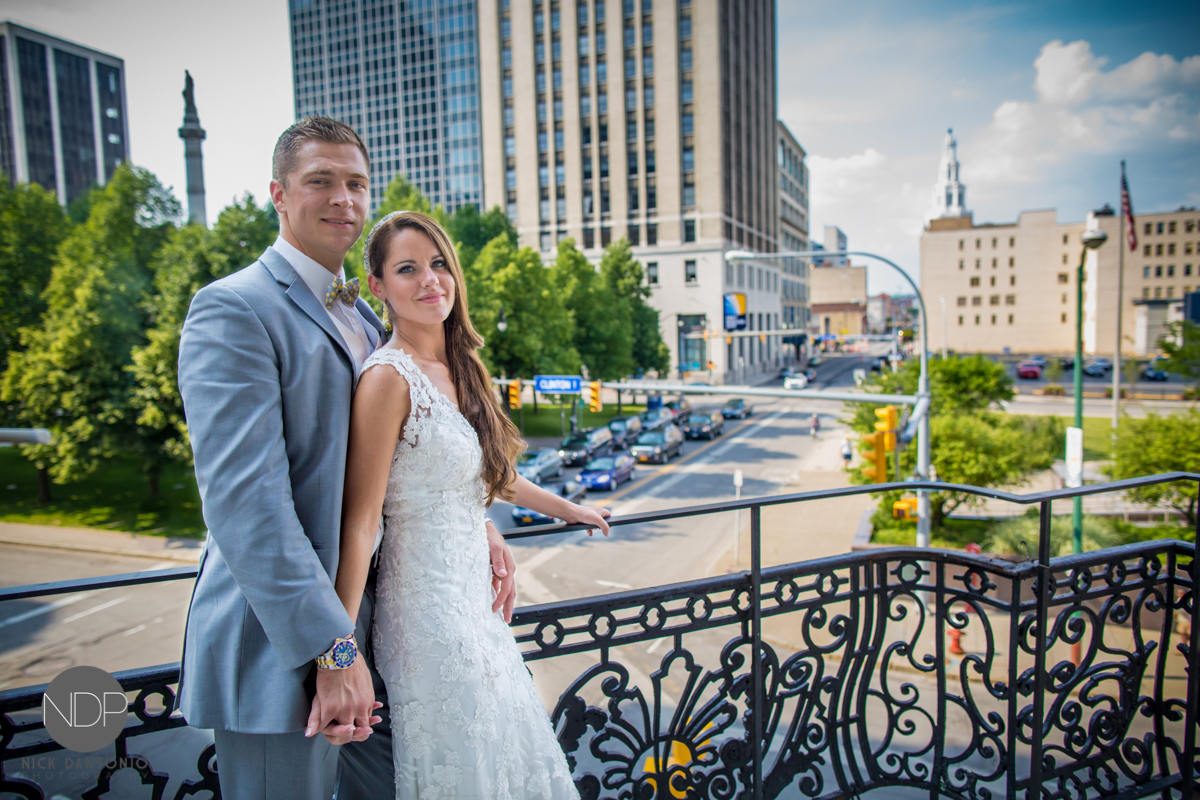 I first met Jesse and Katie at a bridal show in Buffalo. A short while later, I got a call around 5AM from a number I didn’t recognize. I answered, but the other end was silent. Later, the number called again but I missed it. There was a long voicemail, five minutes of more silence. Was I being stalked? Is somebody messing with me? Nope. It was Katie. When she originally called, she didn’t realize how early it was until I picked up. In a panic, she didn’t say anything and hung up. Then, trying to explain herself in a voicemail, she accidentally hit the mute button before she started talking. Finally, she called a third time and she was able to tell me the whole story. I thought it was all pretty funny and it turned out to be a good story. (BTW, I did get her permission to share it.) Definitely not the normal way to start off with a client, but so far it’s the most memorable!

We started the day off at the beautiful Hotel at the Lafayette. It’s one of my favorite places to shoot in Buffalo. Built in the early 1900’s and restored in 2012, it’s one of the most unique places in the area. If you’re looking for great place to get ready before your wedding, the Lafayette should be at the top of your list. For the ceremony we headed over to Karpeles Manuscript Library, another very unique place to shoot in Buffalo. We did a few shots outside after the wedding and went to Delaware Park. When we got down to the water, there was a small row boat rental place. We quickly took advantage and got Jesse and Katie out onto the water and we ended up with some really great photos.

Since they still had a room at the hotel, Katie wanted to stop by on the way to the reception for a few more photos. We took a few out on the balcony and in the courtyard before heading to the reception. Jesse and Katie wanted something a little different for their wedding celebration so they opted for an outdoor venue that had access to bocce ball, fire pits, picnic tables and other fun things for guests to enjoy. Towards the end of the night we got a few photos in a nearby wooded area with the sun setting behind Jesse and Katie, which came out awesome!

I love this view from the balcony of the Lafayette 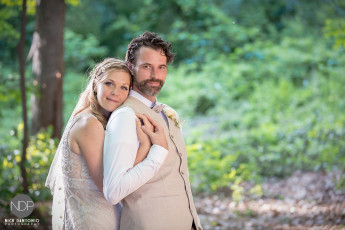 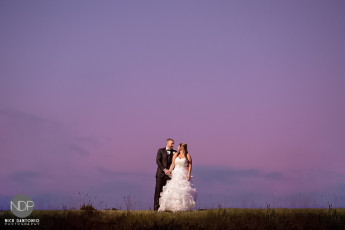